Have you ever been in a situation where you want to hear your favourite Apple Music on the go but don’t want to lug an entire library with you or not have apple supported devices?

It has been found that iphone users have to purchase the song they like, but after some specific duration when their subscriptions runoff, they cannot hear the music any longer without repurchasing it. Considering this as a primary concern for all i-phone users, we have come up with a software named Pazusoft Apple Music Converter that will help you convert apple music to an MP3 player, and later you can store them in your music player. This way, it will help you hear the songs you have purchased even after your subscription expires.

With Pazu Apple Music Converter, you can convert any Apple Audible audiobooks into different platforms and store them on your phone, tablet or cloud. You have the option to adjust the speed of your audiobook while converting it, making it easier for you to listen at a faster pace. In addition, Pazu. It provides you with many advanced editing tools like cut, trim, crop, merges etc., without losing quality.

Feel Free About The Quality Of The Converted Apple Songs

When you convert apple music to an MP3 player, you do not need to worry about the quality of the song as Pazusoft converts the piece to its original quality. There is no change in terms of quality while listing the converted iTunes. Talking more about the features of this software, you will also enjoy the faster speed while converting songs. With such an initiative, iPhone users now also get to listen to music without paying the amount of the subscription every time.

How To Save The Apple Music Forever By Removing DRM From It?

Iphone often faces many kinds of restrictions if they want to perform any action out of the iOS-like. They can only store the music when their subscription expires; they cannot download the songs, apple music, and many more such issues. We cannot solve all the problems, but here we have something for you to help get music stored in your music player even if your subscription expires, i.e., forever.

Apple phones use DRM to restrict their streaming in another place than their device. So if you want to store your phone to hear it any time, you have to learn how to remove DRM from apple music because without having it, you cannot do anything with their music.

Open the Pazusoft apple music converter, and you will see the sign-in button on the top right side of this program. When you click on it, you can see some boxes asking you to enter your Apple I’d, and the time you enter it, this software will automatically get access to the Apple music library.

Coming to the next step after you log in, you can see a setting icon. Click on that, and you will get the various settings where you need to bring some changes to convert your songs. You can select the output format as MP3 or AAC, change the output folder, name, and quality.

When you open your music library, tap on the playlist/artist/album and click on the red add button floating on the right side of the program. Select the songs you want to convert from the pop-up converting window that appears on your screen.

Now, when you have done all the steps mentioned above and selected the songs from your apple library to convert the songs, it’s time to tap on the convert button and wait for the pieces to get downloaded in MP3 format. Once the downloading process gets completed, you can see the folder icon. Click on that button to find all your downloaded songs that will be stored on your device forever.

Music and videos are a big part of our lives, but we don’t always have access to them when we want them. . PAZU is a video and music converter that converts your media into any format, giving you the freedom to watch and listen to anything anywhere. It’s fast, easy-to-use, and supports lossless video trimming so you can cut out the parts you don’t like or want. By converting your video or audio file to any popular format, PAZU makes it so that it can be watched on almost any device with just a touch of a button! Another significant advantage of utilizing Pazusoft Apple Music Converter is that it saves all of the converted tracks’ ID tags and metadata. I

Go ahead and download the trial version for free! 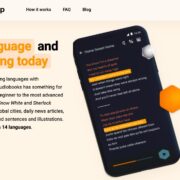