Home
How-To
How To Find Software Developers In Ukraine (WarTime)

Adapting to war seems impossible. But soon after Russia attacked Ukraine, IT was among the industries which actively supported the Ukrainian economy and army. That’s because many developers kept working even in such a dreadful circumstances. And if you want to hire a Ukrainian programmer, this article will help you.

Days before Russia’s invasion into Ukraine, most engineers, like most Ukrainians, didn’t take warnings from foreign media seriously. Only a few believed the “rumors” and moved to Western Ukraine. But on the 24th of February and several days after, it became evident that staying in Kyiv, Kharkiv, Mariupol, and some other regions wasn’t safe.

So, technicians started to relocate to safer regions and move outside the country. Many IT companies evacuated software developers and their families from hotspots. This allowed programmers to have regular access to the internet and keep working on their projects.

However, not all engineers were busy coding, as some of them joined the Ukrainian army while others started volunteering. And almost every IT company initiated gathering money and transferring funds to support the military. In addition, they stopped working with Russia and terminated contracts with this country.

That’s how native and foreign employers support software developers in Ukraine and help them adapt to the new reality. This allows plenty of devs to remain available for new projects so that you can hire an IT staff in Ukraine. The only thing is that you need to work with trustworthy outsourcing providers or IT companies to find the right professionals.

The demand for Ukrainian technicians has grown during the last 5-7 years. And since US and EU companies prefer the outsourcing format of contracting them, there are plenty of vendors ready to help you. Among them is Mobilunity, which has 10+ years of experience on the market and boasts happy customers from 15 countries.

Mobilunity is a provider that can equip your team with Javascript, Python, C, C++, C#, Java, R, and Ruby on Rails specialists within a few weeks. So, all you need to do is just give them a call to discuss the requirements for your developer, and the CVs of skilled developers will follow soon. Moreover, Mobilunity boasts experienced recruiters who find candidates quickly and effectively.

As you can see, the process is quite simple, quick, and effortless for customers. Moreover, it has three key benefits:

Other Companies that Can Help You with Programming

However, you can find other IT companies which continue operating under the state of war in Ukraine. For example, when inputting the “Ruby on Rails developers Ukraine to the Google search, you’ll see the list of top Ruby on Rails service providers. Many of those companies have successfully worked with US and European clients for 10+ years.

The war started by the Russians has definitely impacted the Ukrainian IT sector. However, coders have significant support from the government, their international colleagues, and current employers. This way, companies looking for software developers can also use European services to hire dedicated engineers.

With services similar to Mobilunity, you can, for example, engage one Estonia developer in your Ukrainian team if this person has the specific skills needed for your project. This option can also benefit your CTO or C-level executives who speak Estonian. So, the communication will run smoothly and efficiently.

Ukraine has been a reliable software development partner for the US and Western Europe for years. And despite Russia’s brutal invasion, its developers try to stabilize the economy and keep working on external projects. So, hiring developers from Ukraine is possible if you cooperate with a reputable outsourcing provider. 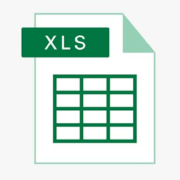 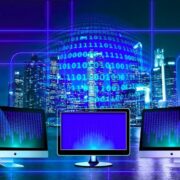 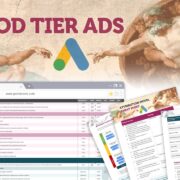 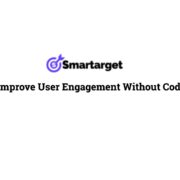