Releasing a website or a web app requires a lot of work. Coding, testing, debugging, etc., are effort-intensive and time-consuming processes. Yet, it happens that websites throw up errors after it has been released for public use. This affects the user experience and might reduce the credibility of the organization.

Testing a website or a web app is a lengthy process. Different types of testing methods are used based on the nature and purpose of the website/ app. Even though there are automated tools for testing, the tools have to be used by qualified testers. Coding plays a major role in the entire process.

What if you can test a website or app without coding? What if there’s an easy tool that automates testing?

BugBug is a browser extension tool that runs local, cloud, and parallel tests to debug a website or web application. The software helps people with no coding experience to test the website before it is live and can be accessed by customers.

In short, BugBug is end-to-end testing software that requires no coding skills to test a website and identify the glitches on time. It is easy to use and highly efficient.

Below are some of the main features BugBug offers.

Record the interactions with the website using the browser extension. Go through the recorded tests to identify errors and debug them.

Reuse the tried and tested pattern to test different websites and web apps. No need to create the steps, again and again, every time. All test flows can be seen on a single graph to get a comprehensive idea.

Access DevTools directly from the browser app. No need to move between different systems to test and debug the website. Work on it from the same interface.

No need to add sleep time manually. It’s taken care of by BugBug. The automated testing tool works much like a human but faster.

The best path is automatically created when recording the tests. You don’t have to do it from your side.

Any number of parallel tests can be run. This speeds up the testing process and saves time. However, parallel tests are run in the cloud mode instead of the browser mode.

What about different scenarios and domains sing multiple tabs? Go ahead and set up more scenarios you can think of and work with multiple tabs at once.

Don’t worry about BugBug not supporting the framework used for your website/ web app. It works with any framework and delivers efficient results.

What if you want to add JavaScript code during the test run? BugBug allows you to do so. You can add any new step in the test run process by inserting code.

You can schedule cyclic test runs and forget about it. BugBug will do the job, whether you are at the system or not.

The company is looking forward to add more features to BugBug, such as compatibility with browsers other than Google Chrome, exporting the recorded test, and so on.

Here’s what other  BugBug plans costs:-

Fully test all accounts for free for 14 days but after that account will be closed and available with limited access only.

You can get a good discount from BugBug if you opt for an annual plan rather than a monthly plan.

BugBug is a reliable testing tool that works directly on the Chrome browser. It is available as Software as a Service (SaaS) and can be used by developers and enterprises alike. From learners to freelancers to in-house teams in an enterprise, anyone can use BugBug for website testing.

BugBug also provides an API to launch test runs by integrating it with the existing systems in the business.

Try the trial version to understand how the end-to-end testing tool works. 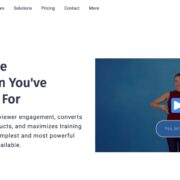 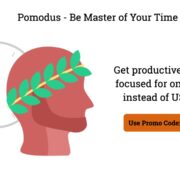 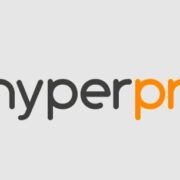