Do you have a dream to build your own mobile app? We will share the right steps with you.

Nowadays, there’s a mobile app for everything. From shopping to learning to exercising, all you need to do is download an app and use it. Gaming apps have been here for a long time. The ones we see today are an advanced version with augmented reality and virtual reality that intensify the experience of playing a game.

According to Statista there are over 3.8 billion smartphone users in 2021

Many brands are releasing mobile apps to stay in touch with their customers and prevent them from going to the competitor. The demand for mobile app development has escalated multifold. The supply has gone up too. You see numerous companies offering these services. CrustLab is a trustworthy mobile app development company with several businesses in various industries as its clients.

There are several steps in the mobile application development process. It starts with ideation after you consult the company to build an app for your business. The team will first understand your business vision, mission, and long-term goals. A rough idea is formed after this.

Once you approve the idea, the team will work on the front-end and back-end development. It is known as full-stack mobile app development, where the source codes for the back-end and the design/ layout for the frontend are handled by the same company.

A mockup is first developed for approval. After you are satisfied with it, the app is developed and tested in different environments. This will ensure that there are no glitches or bugs and that the app can sustain the expected load without crashing.

Final changes and improvements are made after testing. The app is then launched into the market for customers to download and use. Usually, the company that developed the app also provides support services to maintain and upgrade the software. Thus, the ownership of the app is handed over to you after the development phase.

Smartphones have different operating systems like iOS, Android, and Windows. Therefore, when designing an app, the developer should consider the operating system, version, and other device specifications like display screen size, RAM, computing power, memory, etc.

Do you want native apps for each OS or a hybrid app that works on different platforms? Which programming language do you want the developer to use for the app’s source code?

Kotlin is a famous programming language that is used to build native apps on Android. Swift is used for iOS apps, and Flutter helps developers to create mobile apps with Google’s UI (User Interface) kit. Thus, it is a cross-platform solution.

The advantage of native apps is that the mobile application can be perfectly optimized for the OS to deliver the best performance. The user interface will be seamless and user-friendly. Your customers will be delighted to use an app that works 100% well every time.

Similarly, Dart technology simplifies the process of developing apps for Android and iOS from the same codebase. Known as hybrid app development, this method saves time and money. Developers can build a single app that runs on different platforms and can be used by customers with different smartphones.

MVP is like a prototype that can be used to take user feedback. If you are unsure what kind of app your customers would like, you can opt for MVP development. The developers will design a mockup version of the app and provide it to you.

You can ask customers to become beta-testers and provide feedback after using the app for a few days. Then, the actual app will be built using this feedback. This method saves costs and increases the success rate of your mobile app.

PWA is nothing but a mobile version of your web application. This is a regular website that can act as a mobile app. Your customers can use either version, depending on their convenience.

The advantage of using PWA development is that your web app will be user-friendly and fast. It will perform similar to a native app and help you save costs.

You can get a mobile app built using existing templates or get the whole thing done from scratch. Using templates will take less time and also save money. However, custom mobile app development will ensure that your app is fresh, unique, and represents your brand in every way.

Developing a mobile app takes time, effort, money, skills, and creativity. Losing a customer because of a bad app is the worst thing for a business, isn’t it? You need to be doubly careful in choosing the right developer to take your brand into the market.

If you are looking for a reliable company that provides mobile app development services using the latest tools, look no further than CrustLab. More than one million active users are using the apps developed by the company.

Get a Free App Consultation 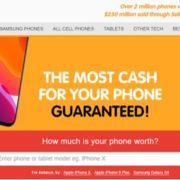 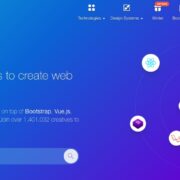 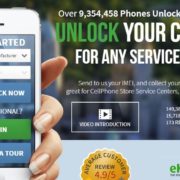