Home
Security
The Home Security Evolution – How Far Have We Come Over the Past Decade?

If there’s one thing that’s true for just about any technology, from home security systems to small gadgets, it’s that over the past ten years, it has evolved beyond recognition. Things that required sometimes complex procedures a while ago are now nothing more than tapping or swiping on a display, and everything is as simple as possible.

With that being said, now is as good a time as any to look back at how far we’ve come in the home security and automation industry. This will give us a good understanding of everything we’ve accomplished, and give you a bit of a glimpse at all the things that are possible in the future.

Smart Apps Have Taken Over

We know what you’re thinking – there were apps long before this last decade. We would be willing to bet many of you remember playing Snake on the tiny screens of the Nokia 3310 that used to be in just about everyone’s pocket. But with the App Store launching in 2008, and the Play Store a bit after that, we started seeing a rapid rollout of a new type of apps that offered more than ever before.

This leads to the inevitable – such apps being made for home automation and security. It was bound to happen, and it is something that made our lives much easier. Such apps give us the possibility to see what’s happening in our homes regardless of where we are, which is something you can’t get anywhere else. There are millions of people who have been impacted by these apps, and the impact isn’t something you can ignore.

One thing that smart apps brought which wasn’t available with many apps previously is the possibility to get notifications and alerts. Blackberry was first back in 2003 when they presented push notifications, but it wasn’t until iPhone iOS 3 made them popular and available for everyone. Google did this a bit later, in 2013, and introduced a similar technology to the Chrome browser.

And while back then, they were used to just let us know there was some kind of communication or an interaction with an app, today they do so much more. They’re quick and reliable, and they are what allows us to react swiftly to any potential security issues. This makes sure that even when we aren’t here, our homes are protected and we’ve got an overview of what’s happening at any moment.

The alerts and notifications pair very well with home automation, especially if you’ve got a system that’s interconnected with motion sensors and security cameras. They not only give you complete control over your home in just about any regard but will also give you a one-button option to call the appropriate authorities if something happens.

Lighting is one of those areas for which many people just thought you can’t really do much to improve it. It worked rather well, and it had no glaring issues or problems. However, that was ten years ago. Today, lights are smarter than ever, and they do a lot more than just illuminate your home.

They started off as timer plugs, and their main goal was to reduce the electricity bills. You could set them to turn on and off at certain times, which did its job, but that was about it. However, this is now a technology that can be controlled from anywhere you are in the world, with just your smartphone and an internet connection.

You can turn on or off your lights from wherever you are, and you could set up complex schedules that rely not just on time, but on other sensors that might be in your home. Did you unlock your front door? Your hallway lights turn on automatically. Did you lock the garage door? All the lights in your home turn off since you obviously aren’t at home.

Security Devices Are Smarter Than Ever

A security device used to mean a camera that stores the footage on a DVR. You then had to transfer that footage to a computer if you wanted to review it, and that was about it. But today, you can access your cameras from your smartphone, even though you’re sipping a cocktail halfway across the world, and see what’s happening in your home.

To add to this, if they’ve got motion sensors, they’ll also send you an alert immediately when something is happening in your home. This, as we mentioned, gives you an incredibly quick way of reacting and contacting the authorities.

Smartlock make sure intruders don’t bypass your electric security fencing thus having smartlock can not only protect things and people but also peace of mind.

We recommend you to install Welock Smart Lock which is a leading smart home access solution provider and has been in the market for over 10 years now.

Below are the benefits of using Welock

As you can see, evolution is more than obvious. And with all the areas that we’re working on at the moment in the home security industry, things will only get better, and by quite a lot. 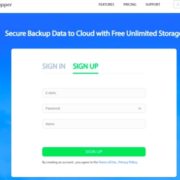 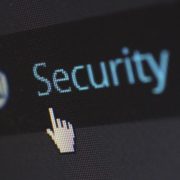 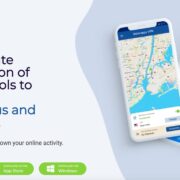