Qualcomm came up with Snapdragon X55 modem in February 2019, which is just being launched in smartphones such as Samsung Galaxy S20. Now, it has already announced the next modem, the Snapdragon X60 for 5G, which is expected to hit the market by 2021.

Unlike Snapdragon X50, Qualcomm’s first 5G modem, there aren’t any dramatic changes coming up in X60.Snapdragon X50 introduced us to the next-gen network whereas X55 lent support to standalone 5G networks that weren’t based in LTE. Snapdragon X60 simply combines the existing 5G technologies by leveraging it subtly.

This is the first time any 5G modem is built on 5nm node and has download speeds up to 7.5Gbps and upload speed of 3Gbps. It provides support for mmWave as well as Sub-6 5G versions as well. Apart from supporting 4G LTE, 3G, and 2G, X60 works with Time Division Duplex (TDD) and Frequency Division Duplex (FDD) networks as well.

Voice over New Radio (VoNR) is an added feature that Qualcomm has come up with to improve voice-over service in 5G. Also, it is paired with the QTM535 antenna which is smaller than the QTM525. Apple supposedly had issues in fitting the QTM525 in its upcoming 5G smartphones.

Qualcomm has also come up with a breakthrough in its UltraSAW filter technology. This will improve the power efficiency and performance in the 600MHz to 2.7GHz bands by bringing down the insertion loss level to one decibel (dB).

This leads us to the next biggest question. Will Qualcomm package the X60 modem with the next-gen processor, say the Snapdragon 875, or simply offer each hardware component as a separate piece as it is with Snapdragon 865 processor and X55 modem? Well, Qualcomm hasn’t answered it yet!

Though Qualcomm designs the chipsets, it is manufactured by outside partners. It is rumored that it could be Samsung Electronics and Taiwan Semiconductor Manufacturing. Be it Android or iPhone, Qualcomm will be the key player to connect to the next-gen 5G network.

Even if it could take some months before being launched, Qualcomm’s X60 5G-RF modem gives us a glimpse of how the future of cellular connectivity looks like. 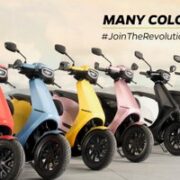 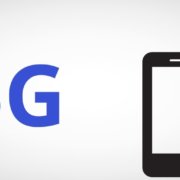