Home
Mac
Windows PC or Mac OS : Which one should you buy in 2019? TechPcVipers
Reading Time: 2 minutes 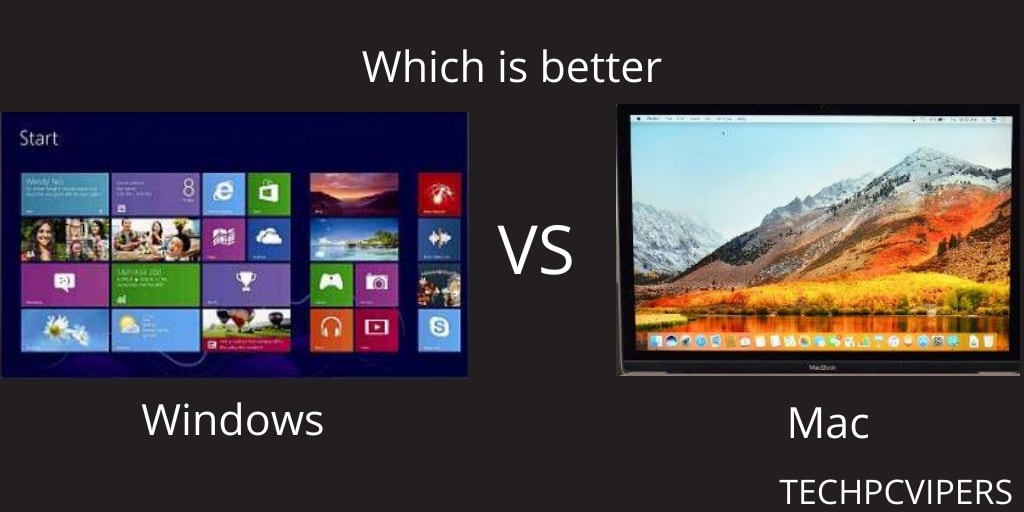 Mac or Windows, which one to choose is today’s biggest dilemma. Both of them are imbibed with great features, technicalities, and security, however there has to be one between the two. If you are also confused amid two and want to know which one is the best; then check this out. To understand the difference between these two, we have to look at their features one by one. So, let us discuss the critical points and then decide which is best among Mac and Windows?

Windows vs. Mac, which is the best to choose?

The battle between Windows and Mac still goes on as there is no clear winner. Windows vs. Mac, which is the best to choose, depends on the preference of the user. For instance, if you want some top-notch experience and a dedicated Apple user, then Mac is for you. While if you are looking for some hardcore work, then Windows is the right choice which has good features and has regular updates too.