The mobile gaming revolution has emerged thanks to the following:

A few significant mobile gaming genres propelling the mobile and video gaming sectors are puzzle based games such as Candy Crush and Lumen. RPG (role-playing games) games such as Genshin impact and Arcane Quest legends. Then there is also the mobile casino market, an industry which has seen more active users playing casino games on a mobile device. The United States has seen an explosion in mobile casino users in the last couple of years with several states now legalising the use of online casinos, meaning citizens are now able to play their favourite casino games such as slots, blackjack, and roulette anywhere in their state at any time – thanks to mobile phones.

Decades ago, mobiles used to have just one or two games, with space invader and snake being a personal favorite for most. As of the third quarter of 2020, there were 427,056 mobile games on the Google App play store. Evidently, the mobile gaming sector has come a long way since its debut.

Needless to say, mobile gamers today are spoilt for choice. However, the availability and quality of games have increasingly become an expectation, not a luxury. Meaning mobile software and game developers have to continuously evolve their offerings to sustain their company’s success.

Mobile phones have, over the years, evolved beyond phone calls to taking care of several tasks at one time.

Today a smartphone can take and edit videos, give users the option to add biometric authentication for enhanced security, run films and play games with ease.

But as mobile games become more sophisticated. And other technological advancements affect the way people consume entertainment on their mobile, such as the 5G rollout.

There’s an increasing demand for mobile companies, who intend to remain relevant and competitive in the market, to invest their time and resources in perfecting the gaming functions on new and existing mobiles.

The Typical Gamer Has Changed

While some reading this post may think, what is the point in mobile phone companies advancing gaming technology when not everyone will use it?

The answer to this question is, over the years, the gaming demographic has changed.

For example, video games were once mainly associated with teenage boys playing their consoles for hours at home.

But now research reveals females account for a minimum of 46% of gaming enthusiasts. Furthermore, the average mobile gamer is beyond their child and teen years, aged 36.3, compared to 27.7 in 2014. Not to mention almost a third of all mobile gamers are over 45.

The above statistics, technological advancements, and more have propelled mobile companies to perfect their mobile gaming software and updates. For example, Android has gradually made changes to reflect the needs of a gaming audience.

For example, Android 11 installed an NDK Thermal API to allow users to monitor the temperature of their device. This function can help mobile phone users maintain battery life and prevent the device from overheating, which affects the CPU/GPU of a mobile while playing games.

What Can Users Expect from The Android 12 Update?

Many mobile users are highly anticipating what Android 12 will bring. According to the android website, the Android 12 beta is live. A full launch is expected to occur towards the end of the year.

However, individual mobile phone manufacturers need to give Android 12 the go-ahead before it is available on their handsets. As such, some mobile phone owners may find they will not have access to the update until 2022.

For a rundown of the new features from Android 12, which will support improved gaming, see below:

A game optimization button is available to boost the GPU and CPU and pause the RAM used by other apps to improve the phone’s gaming performance. There will be three options in gaming optimization. One to switch to game defaults, and two to either increase or lower frame rates; the latter is to conserve battery.

Floating menu: The new Android 12 floating menu provides instant access for gamers to click their desired options by toggling through the menu. Although there are concerns, it could impede the visibility of the game.

With Android 12 offering smartphone owners more options to improve the performance of their devices while gaming. The opportunity to comfortably click on associated gaming functions, such as live streaming, with ease. And the possibility to turn off notifications during mobile games. Android has arguably provided an update centred around enhancing mobile gaming capacity for users.

With more mobile software and handset companies creating enhanced gaming functions for users. Mobile games will continue to evolve and improve, which can only mean great things are to come for customers. 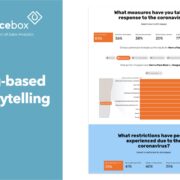 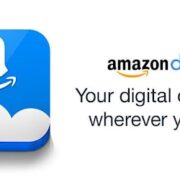 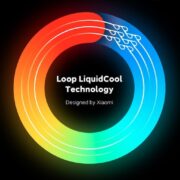