Home
Refurbished
What Are The Pros And Cons To Refurbished Phones?

What do you think about refurbished phones? They are devices that tend to look brand new, but when you take a closer look, you realize that they’re made from the parts of other handsets. This results in them being super affordable, but there are some cons to them, as you can imagine. We ran through all the reasons whether you should purchase them or not below.

When it comes to picking them, there are quite a few pros. Let’s focus on them first.

You’ll probably spend very little on a phone from Xiaomi, Huawei or Vivo. Have you met Xiaomi’s Note Proline? They’re affordable yet pack good specs. The truth is that phones from certain brands, especially Chinese ones, are cheaper than others.

You’ll love to know that you can save even more by snagging a refurbished device. As they’re made from the parts of units that were most likely damaged, they’re even cheaper than used handsets. You can snag them online, but some stores and retailers offer them. They are the ones that provide the most competitive rates.

It Works As Good As New

If you’ve used a refurbished device before, you’d know that it looks and feels exactly like a new one. Unless you tell somebody that your handset is not new, and how it was made, they’ll likely not figure it out. Considering that you’re paying so little for it, this is a major benefit. That being said, this isn’t true for all refurbished units. We’ve talked about this in our cons section.

Considering their nature, the handsets are essentially recycled goods. If they were tossed away instead of being deconstructed, they wouldn’t be eco-friendly. This is very true when you realize that they’re made entirely from metal and plastic, so they’d be hazards to animals.

There Is No Contract

You won’t be able to pick them up from wireless carriers. Remember that they’re made of phone parts put together, so it’ll be impossible for you to find them locked. This is beneficial as you won’t be picking a device up with a lot of bloatware. If you don’t know what bloatware is, it’s the software carriers pre-install. They are used to advertise their services, and unfortunately, you can’t uninstall them. This results in a lot of space being taken up.

Not having a contract also means that you won’t be spending more than you should. How they work is you pay for the phone in installments, so there’ll be interest added. Do the math and you’ll realize that you’re paying much more in the long run.

Now that we’ve run through their pros, you know about their advantages. However, there are quite a few cons as well. Keeping them in mind is important before you make the purchase.

There are so many phone brands available. You can purchase from any one of them if you’re thinking of snagging one new. Depending on where you look, you may be able to get one that’s used. However, it’s unlikely that the specific model you want to purchase is available refurbished. This is the sad truth if it’s from a lesser known brand.

A Lack of Warranty

Most likely, you won’t get a warranty on the phone. This is something to consider as there are many ways to damage a handset. Not just this, maybe the one you picked up may not be that high-quality. So without coverage, you’ll easily damage it, and the money you spent on it would go down the drain.

Some retailers offer warranties for refurbished devices. However, they only offer store ones. This coverage will not be as thorough as the warranty you get from a manufacturer. There is a silver lining in this, though. Picking a device from a manufacturer that comes with a guarantee would make it more expensive.

Although no one might notice that you have picked a refurbished phone, they will raise their eyebrows once when they find out. The devices are Frankenstein-like after all. Some of the handsets would be able to cover up the fact that they’re made from recycled parts, but some may not. This depends entirely on who you’re working with.

As it’s made from the parts of devices that were returned (most likely because they were damaged), the phone you’re looking to buy may not be very functional either. Once again, this depends entirely on who you purchased it from, as some retailers design the devices with functional parts, not faulty ones. If it’s not functional, there’s almost no chance that you’ll be able to return it. It’s not a brand new device after all.

If you’re looking to get it fixed, you’ll be spending more. The service you’re giving it to should be able to handle a part layout that’s not standard after all.

As you’re picking up a device that’s recycled, you probably might feel wary of it. You won’t be able to use it without worrying that it’ll stop working at any minute, which can be a headache.

You’ll love to know that you can save even more by snagging a refurbished device. As they’re made from the parts of units that were most likely damaged, they’re even cheaper than used handsets. You can snag them online, but some stores and retailers offer them. They are the ones that provide the most competitive rates. You can check Glyde for a wide selection of the best secondhand phones.

So, what do you think? When it comes to picking these devices up, it’s clear that there are significant pros and cons to them. However, we think the pros outweigh the cons. You’re saving a significant amount of money. You won’t be able to save as much if you go for a new device, even a used one. They also don’t come with contracts. When picking phones up from carriers, you’ll be stuck with a lot of bloatware, too. They’ll also be locked. You’d be paying more in the long run due to the installment scheme as well.

Of course, there are some cons to keep in mind. The biggest one is that you’re purchasing a device made from different parts, and units that have been disposed of. If you’re not careful, you might get hold of a refurbished phone that won’t last. 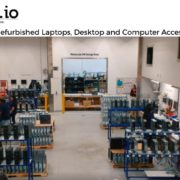 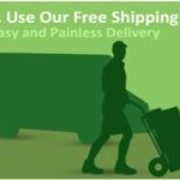 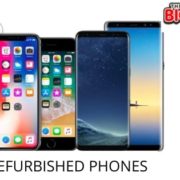