Even though it’s been only a few months since Apple launched its iPhone 11 series, there is a lot of buzz about the upcoming iPhone, or should we call it the ‘iPhone 12’? The anticipation for iPhones is usually high simply because it sets the benchmark for other phone makers to follow. Though leaks and rumors are not new to the tech world, information about Apple devices is pretty rare.

What to expect in iPhone 12?

We expect Apple to bring out its most exciting iPhone in years. In spite of Apple’s secrecy, we bring to you what we know so far.

Camera: For iPhone 12, Apple is planning to integrate a long-range, laser-powered 3D camera. It will bring significant improvements in Augmented Reality. It is expected to scan areas up to 15 feet from the device.

Design: Rumors suggest that iPhone 12 will resemble iPhone 4 with OLED displays equipped in all devices with an in-display fingerprint sensor. Apple might decide to drop its popular Midnight Green and render a new Navy Blue look.

Performance: TSMC could be the sole supplier of the next-gen A14 chipset for the iPhone 12. This 5nm processor will boost performance and efficiency compared to Qualcomm’s Snapdragon which still uses 7nm.

Connectivity and battery: The arrival of 5G with support for both mmWave and sub-6GHz band is ensured. But it needs to be seen if it will come up with wireless charging.

Apple designers plan to remove most of the external ports and buttons to give a streamlined and seamless experience. Aspiration value of the iPhone 12 could drastically go up with improvements in wireless charging technology, in-display fingerprint, and super-fast performance. Well, we’ll have to wait some more time before Apple officially announces the details in September. 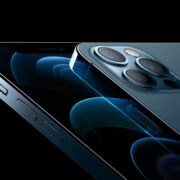