Developers and businesses spend a lot of time developing apps to cater to their customers and end-users. This can take weeks to even months to release an app into the market. The process is time-consuming, cost-intensive, and requires loads of effort.

What if a developer can deploy the code in just seconds? What if the app can be built and scaled in a fraction of the actual time required to do so? Wouldn’t it be a relief to use a platform that simplifies the process of deploying an app?

Not just that, what if you can scale the app, auto-update the versions, enhance its UX, and deploy more apps whenever you want? In short, the platform should offer all features and tools you would need to develop an app.

So where can you find such a platform?

FlashDrive.io is here to help.

FlashDrive.io has been designed for developers and businesses to build, deploy, and run their apps. From providing the necessary IT infrastructure to renewing SSL certificates, managing DDoS protection, and more, the platform hosts your apps most simply.

FlashDrive.io is a cloud app hosting platform that simplifies the process of deploying an app and shortens the time taken to just 30 seconds. All you need is the app code, which the platform will automatically take from Git.

FlashDrive.io offers tier 1 IT infrastructure and network to deploy and scale as many apps as you want. Your app will be ready on the platform in just three steps:

Step 1. Set up the app on the platform

Step 2. Build and deploy your app

Whether you use GitHub, Gitlab, or Bitbucket, FlashDrive.io will directly collect the code from the repository and deploy it on the platform. You can mention which version of the code you want to be deployed.

Obviously, your work doesn’t end after deploying the app. You will need to make changes, add more nodes, increase the node size, etc. FlashDrive.io makes this super easy for you. You can also add more apps to your stack and host them on the same platform.

If the convenience and ease of use of the platform have not fully convinced you to give it a try, we bring you a few more reasons as to why FlashDrive.io is one of the premium and best cloud app hosting platforms in the market.

➢ It offers all packages and tools necessary to deploy a software application and keep it running.

➢ FlashDrive.io has a special auto-heal feature that ensures that your app will be running and live no matter what. Your business and customers do not have to suffer due to crashed apps.

➢ The app will continuously be monitored by the platform.

➢ The company offers free daily backups of the app to an offsite server.

➢ The company takes care of load balancing and renews the SSL certificates on your behalf.

➢ Marketplace apps are automatically updated whenever a new version is available and has been tested by the Operations Team of the company.

Do remember auto-update feature is not available for Docker apps. The developer has to rebuild and push the latest version of the app to Docker Hub or manually trigger the rebuild. Similarly, WordPress marketplace apps should be directly updated from the admin panel along with the plug-ins, themes, and other elements.

FlashDrive.io is free to use for developers. Yes! If you are a developer and built non-commercial apps, you can use this platform absolutely free of cost. Isn’t that wonderful?

The other common features for the paid price plans include:

Businesses that choose HP or Big Data plans are eligible for priority support from the expert technical team.

Why complicate things when you can a premium cloud hosting app platform to deploy countless apps in less than a minute? FlashDriv.io offers all that a developer would want from a cloud hosting platform.

FlashDrive.io will automatically update the app and ensure that the latest version is released for the end-users to access. The process depends on the type of app you’ve deployed, so make sure to check out the posts on the website to get more information. 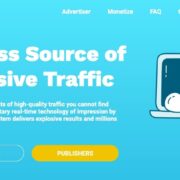 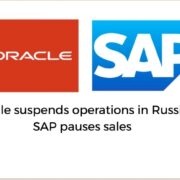 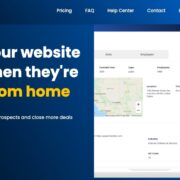