Who doesn’t use WhatsApp these days? With billions of users relying on this free social messaging platform, WhatsApp has become a target for hackers and cybercriminals to try their luck.

The latest attack is the WhatsApp Pink Virus, a malicious link that’s being forwarded by unsuspecting users. The message says that WhatsApp has released a new theme in pink color, and to download and use it, the users should open the forwarded link.

However, what happens when a user opens the link is that the hackers gain control over the WhatsApp account and have full access to the user’s smartphone. The person might be locked out of the app or even the phone. With all our confidential data stored on the phone, it is easy to guess what would happen when hackers get their hands on it.

The malware link has been disguised as a custom WhatsApp theme. A fake website has been created to show that the theme has been released by WhatsApp itself.

Rajshekhar Rajaharia, a cybersecurity expert, posted on Twitter on 17th April to explain about the new link that was rapidly being forwarded by people who received it.

He posted an update on the 19th about how the WhatsApp Pink app is automatically going into hiding and is not visible on the smartphones of users who have installed it.

Rajshekhar has provided the procedure to uninstall the fraudulent pink app from the phone even though it is not visible. The video tutorial appears to be first posted by another Twitter user, androidmalware.

The Pink Virus, however, is different from the WhatsApp flaw that entered the scene a week ago. This flaw only allowed cybercriminals to suspend your WhatsApp account if they had your number.

WhatsApp Pink Virus is even more dangerous as it gives them access to your smartphones and inadvertently your banking passwords. 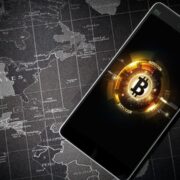 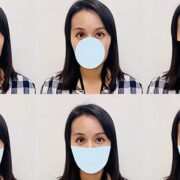