There comes a time when we want to take some pictures with our smartphone camera. But, most smartphones come without an application that can turn your phone into a camera.

Since the launch of Android’s first smartphone, HTC Dream, and Bluetooth camera, the camera has been a vital part of every device. While some manufacturers have modified their camera apps with additional features and enhanced capabilities, the default app from Google is far from being good enough for a modern photographer.

Camera applications vary as much as people vary. Some prefer to use their phone cameras with the stock camera options, others like to install a completely new one for fun, and some don’t want anything but what comes on their phone by default. Whatever category you might be in, we have got the top six camera apps for your Android device, and we think you will love them all!

Proshot is our first application, and it has been specially designed with all the necessary features that most high-end DSLR cameras offer. It includes customizable settings such as ISO levels, exposure compensation, white balance level, and even shutter speed control (in the case of supported devices). It also packs several shooting modes such as Auto mode (allows using the toggles and menus), Stills mode for taking normal pictures; Video mode, self-explanatory, Tilt-Shift mode for creating DSLR style shallow focus images, and a Sport mode which takes burst shots.

Retro Camera brings loads of filters to your phone’s Camera without making it look like a tacky photo editing app. You can choose from several options such as Lomo, HDR, Film Lab (cross-processing), and many more to apply to your captured images. The best part of Retro Camera is that it doesn’t overdo the effects but let them stay subtle enough not to make you vomit looking at those filtered images of yours.

One of the most popular camera apps for iOS, Hipstamatic, is now available on Android. This application comes with a range of lenses and flashes to take images with vintage effects. The app has two modes: Lens and Flash that include 18 different combinations for taking pictures like an expert. You can also use the in-app photo editor to tweak your captured images even further before sharing them on social networks.

Retrica takes selfies to a whole new level by adding options such as a countdown timer and front flash (in case of supported devices), making it the ultimate application for all selfie lovers out there who want their pictures taken from an angle no one else can ever attain. Apart from this, Retrica has got the usual photo filters and image editing tools that you can use to make your images look even better.

One of the most popular camera apps out there, Instagram is a must for everyone who loves sharing their moments on social networks like Facebook, Twitter, or Instagram itself. The app lets you take square photos with square backgrounds (or you can also shoot in normal mode) and apply some cool vintage filters to them, which makes it stand apart from other camera apps of similar nature.

Open Camera is probably the best camera application for android devices running on older versions of Android, i.e., KitKat or lower. It offers many manual controls, including exposure compensation, ISO, white balance, and a continuously focusing feature rare for any free application available on the play store.

Open Camera is also open source app, which means that one can contribute to this project by reporting bugs and errors. It’s not as advanced as Camera FV-5 or Manual Camera, but it works smoothly with all android devices running Android Jelly Bean or higher version.

With more and more Android smartphones sporting high-end camera specifications, camera apps have become an indispensable part of the Android experience. The following six-camera apps are the best of the bunch.

We hope you now have a clear idea of the best six camera apps available on the Google Play Store. We tried our best to include most features in each application. Keep visiting us for more such updates and blog posts. These were some of the best camera applications available in the Play Store for your Android devices. If you think we missed an application or said you don’t like our list, do let us know in the comments section below to consider it for future updates. 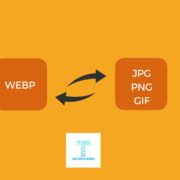 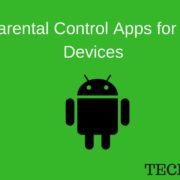 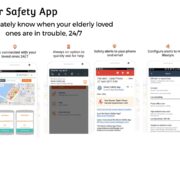 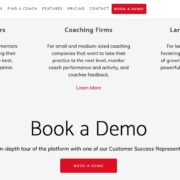