Since the beginning, Bitcoin has been the de facto standard, trendsetter, and ever-growing cryptocurrency. It always had the upper hand and was always considered the best digital coin there is. Still, there are plenty of other cryptocurrencies that do really well and offer some awesome features for investors and users.

Some of them are almost as important as Bitcoin to the digital world. As of March 2022, there are more than 18,000 cryptocurrencies available, and it can be really hard to determine which ones are the best. Plenty of them have dedicated investors, backers, and communities and are used in many different industries, including online casinos among others.

Ethereum is a decentralized software platform, and also the first BTC alternative in almost any list. It enables decentralized applications and smart contracts to run without any interference, control, fraud, and downtime from a third party. The coin has a very defined goal – create a decentralized suite that everyone in the world can access regardless of all limiting factors.

The apps are run on a coin’s specific token called ether. If you want to move around the Ethereum platform, you will need a vehicle – Ether (ETH). Usually, developers who want to make apps inside Ethereum will seek ETH. The currency will probably persist to be the number two for a long time without any doubt.

One of the first currencies made to step in Bitcoin’s shoes. Sometimes, you will hear people referring to it as “Silver Bitcoin”. It uses the script as a PoW and is not controlled by any central authority. In order to decode the script, you will have to use your CPU. In addition, LTC is different from Bitcoin in the sense that it offers faster transaction confirmation time, as well as a faster block generation rate.

Litecoin is widely accepted by a growing number of merchants. However, it is only 21st on the list of the largest cryptocurrencies in the world. Still, it does a very good job compared to all the other currencies that get almost no attention.

Cardano was developed by cryptography experts, mathematicians, and engineers. In addition, it was backed by one of the founding members of ETH. The blockchain was created through peer-reviewed research and extensive experimentation. Perhaps, this is the main reason why this coin stands so much among its peers.

Some experts even referred to this coin as the “Ethereum killer” simply because they found out that its blockchain is capable of doing more. With that in mind, we can be sure to say that Cardano is still in the early stages. There is a long way in front of this coin in order to become as established as ETH and other large cryptos.

This unique PoS crypto is developed in a way to deliver interoperability among all the other blockchains. The main goal is to allow systems to work together by connecting permissionless and permissioned blockchains to do so. Its relay chain is its core component, but it also allows for parallel blockchains in some cases.

Interestingly, you’re able to create your own blockchain on Polkadot, which is something you can’t do with other dApps. In addition, you’re also allowed to use their security if you decide to do so. Polkadot calls this concept “shared security” and it is one of the reasons why many people decide to go for it at the moment.

If you’re someone who needs a blockchain designed for the sole purpose of large transactions, then Stellar is probably your way to go. It provides enterprise solutions and allows huge transactions between investment firms and banks. Usually, such huge transactions would cost a huge amount of money and would take several days to realize, but Stellar makes it all possible in just a few clicks.

Its blockchain is still open for public use even though the company wants to take the “enterprise blockchain” stand. Cross-border transactions are also possible in the system. In addition, the network requires users to hold its native currency, Lumens, in order to make transactions on the network. 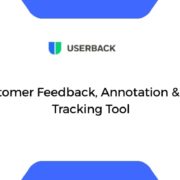 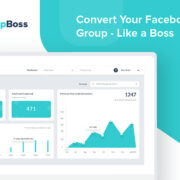 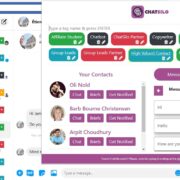 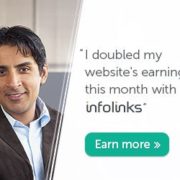